D to A (Digital to Analog) was composed when I was a beginning teacher and composer at Duke University in 1973. Barry Vercoe,( now at MIT) was in town doing a workshop and explaining his new Music 360 program for the I.B.M. 360 computer. We were all trying out his program, keypunching cards...the whole bit.

My experiments with this program resulted in an array of sounds many of which were used in this work. (Dr. Shiangtai Tuan, of Duke University, and I even wrote a beginner's manual detailing these experiments and the program which become out of date before we were finished and was thus, never published.)

Then, teaming up with a brash young trombonist, Ken Shiffrin, who was a student at Duke then, Ken and I cobbled together this "scherzo" which became a kind of man against the machine competition combined with the above mentioned computer experiments.

Ken, and others, have performed this work several times, with, if not great, at least humorous, effect, but publishers could never figure out how to economically offer the work as a publication. So this we do now. 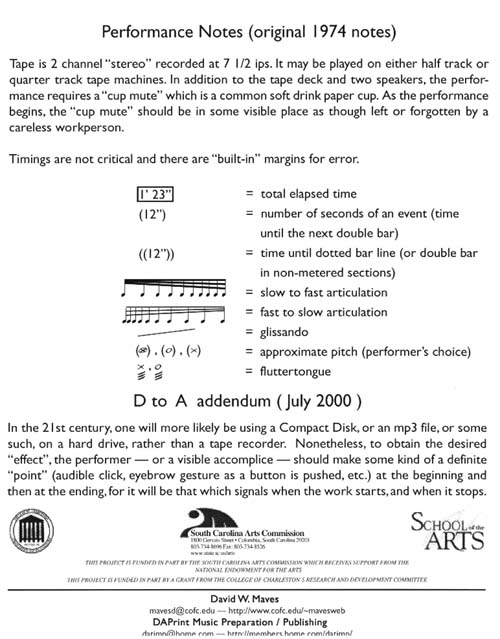 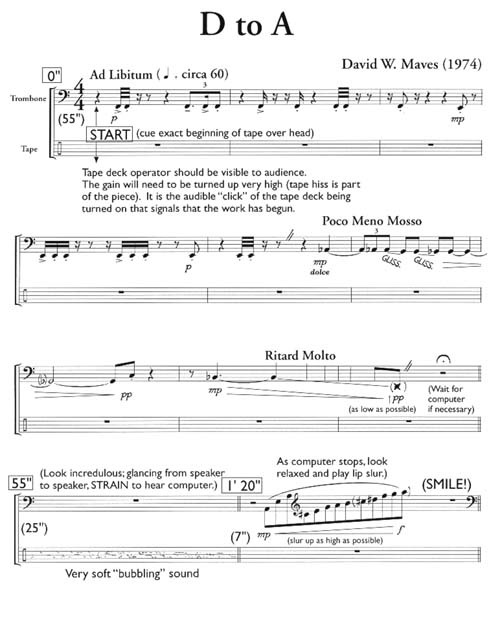