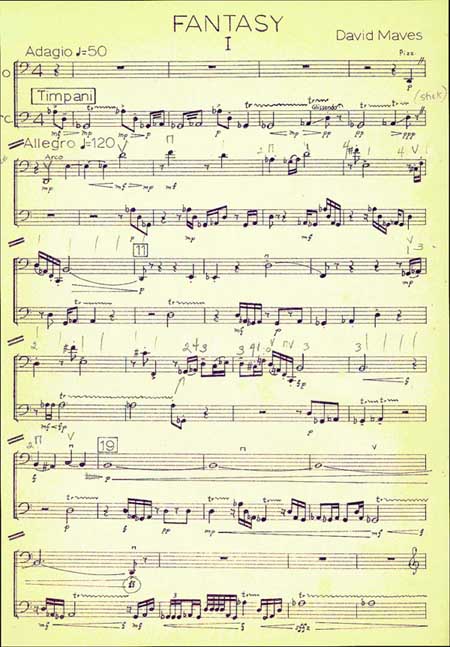 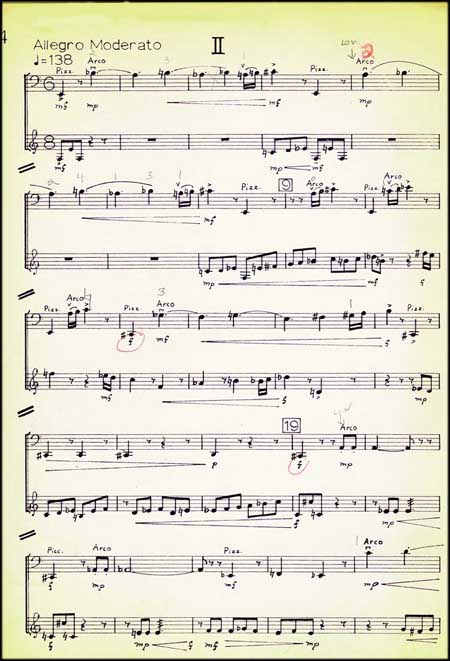 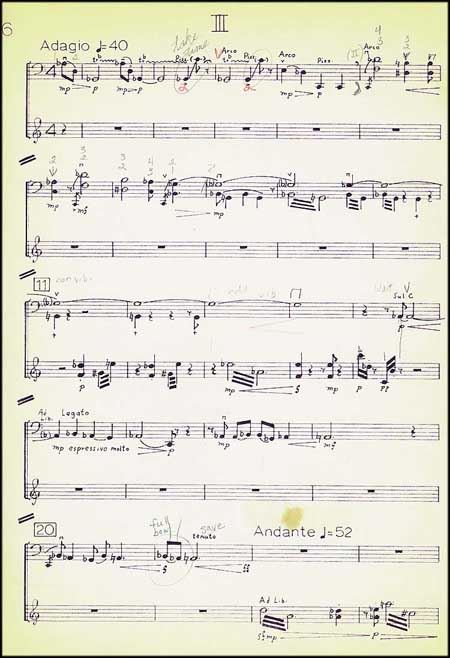 Program notes (from the CD) by Matthew Naughtin

The Fantasy for Cello and Percussion  was written in 1962 while the composer was studying with Ross Lee Finney at the University of Michigan, and bears evidence of the attention to structure and technical solidity that Finney and his successors made a hallmark of the U. or M. Composition Department. Maves describes the work as a "Bartók-influenced 'arch form' with the opening and closing idea for timpani and cello serving as the archlike 'pillars' supporting the Scherzo  that forms the 'keystone'." Maves has been characterized as a composer who is not afraid of big gestures and Romantic excess, and the Fantasy, although an early piece, exhibits signs of his mature penchant for an atmosphere of quasi-operatic drama. The opening Adagio  begins with an extended soliloquy for cello and timpani, with the full tonal range of both instruments being exploited. The timpanist is called on here to make his instrument "sing" in an extended series of sostenuto rolls with pedal glissandos on the high drum in counterpoint to the cello's lower register. He then switches to the marimba to close the first section with an operatic outburst that dies away bleakly. The central Scherzo  dances grimly along in 6/8 time with a wheedling theme that seesaws between minor and major seconds. The influence of Bartók's "night-music" movements from his concertos and string quartets is evident here in the often disjointed and macabre texture, and the rhythmic unisons in the middle Trio  section provide a welcome contrast to the disconnected phrases of the outer sections. The final section begins with the cello quoting the melodic phrase with which the timpani opened the work. Against a steady, ticking accompaniment in the marimba, the cello plays a long, singing arioso  that builds to an impassioned cadenza capped by the fortissimo entrance of the timpani, again with the opening phrase of the work. The arch complete, cello and timpani fade away on a final D.
Back to Top