for Childrens' Chorus with piano 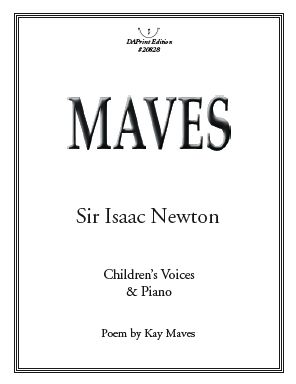 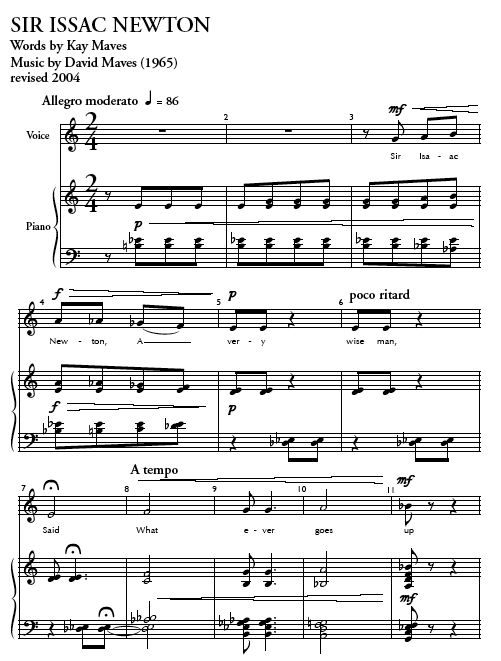 This short song is intended to be an easy classroom teaching song for children. Originally it was included in the popular series published by the now defunct American Book Company in the late 1960s. There is a new company by that name now which has nothing to do with the older extinct company which does not wish to be confused with the publisher of the formerly popular music series publishers.

Sir Isaac Newton,
A very wise man,
Said
What ever goes up
Must come down.
Just like this song.
Which otherwise might have been stuck there for ever!
Poor song.